Henry Jacques is one of the niche brands at ABA Holding’s Galeries Lafayette Doha. In May 2020, the French Haute Parfumerie revived a sense of grandeur and historic rituals with its Royal Cabinet, a meticulously hand-crafted chest designed to house a personal assortment of perfumes.

Hand-crafted for one’s personal collection of essences, Royal Cabinet is the latest addition to the most-desired items list at Galeries Lafayette Doha.

An immaculate accessory for the collector of fine scents, the Royal Cabinet is a culmination of the Maison’s years of immense know-how – to fill within the cabinet is a real pleasure, allowing one to compose a perfume wardrobe that truly encapsulates ‘you’.

In crafting the Royal Cabinet, several artforms intertwine with French expertise. The Perfumier and Malletier, or trunk-maker, work hand-in-hand to create the masterpiece. Materials are of the finest quality; the outer cabinet made from the finest lamb leather and the inside, filled with magnificent velvet.

The Royal Cabinet is a work of art that encapsulates Henry Jacques’s craftsmanship and commitment to excellence not only in the olfactory sense, but also the visual. 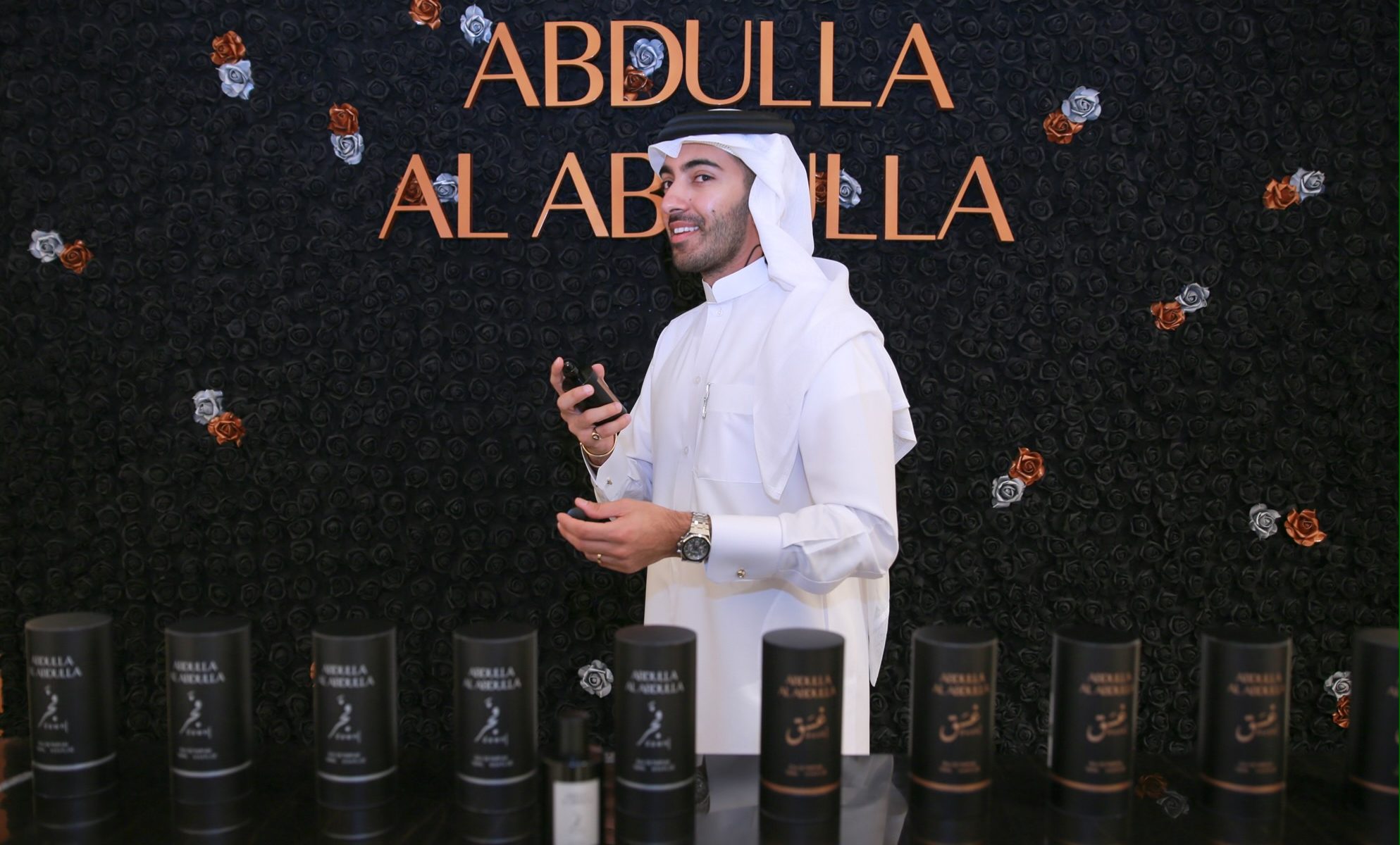 Showcasing yet another local talent, Ali Bin Ali Holding’s Galeries Lafayette Doha has ceremoniously inaugurated the first boutique of fragrances by Abdulla Al Abdulla. This is the first ever ‘Made in Qatar’ fragrance brand launch in an international capacity.

On 3 December 2019, an exclusive influencer dinner was organized to introduce the luxury niche fragrance booth inside Galeries Lafayette Doha. The set-up and ambiance resonated with the sophisticated and scintillating persona of the newly launched fragrance brand.

An elaborate three-course candlelight dinner was followed by the creator explaining his journey about how he interprets fashion with a key Middle Eastern touch while allowing for a vast Western influence and flair.

Following the launch, on 5 December a special meet-and-greet session was organized at the fragrance boutique inside Galeries Lafayette Doha. Open to the public, the gathering allowed guests to experience and explore the very essence of Al Abdulla and his world of fragrance with empowering and sensual scents.

“It is indeed an honor to be able to showcase my fragrances at the luxury Parisian Department Store. I see fragrances as so much more than simply being a scent. It is a journey of scintillating scents that takes me down a nostalgic path of the past. Galeries Lafayette Doha’s chic clientele is the ideal audience for my empowering and sensual scents.”

The influencer and Qatari tastemaker makes his debut in the world of fragrances with the empowering and sensual scents of Dusk and Dawn that represent the very essence of Al Abdulla.

The two scents were developed by the master of fragrance from the fragrance house of Jean Niel, which is one of the world’s oldest fragrance houses in Grasse (on the French Riviera), founded in 1779. The fragrances come in modern, daring and luxurious sphere-shaped bottles made of jet-black glass with an interplay of rose and white gold.

French Haute Parfumier Henry Jacques in September 2019 officially opened the doors of its boutique in Galeries Lafayette Doha at 21 High st, Katara Cultural Village. Ali Bin Ali Holding’s Galeries Lafayette Doha is already the home to some of the most luxurious brands from around the world and the Maison is delighted to bring to life its savoir-faire and make the Parisian landmark in Doha, its home.

The boutique houses the entire range of fragrances in a home-from-home setting where visitors will also be able to marvel the Masterpieces of the Maison.

The unique style of the new boutique embodies Henry Jacques’ attention to detail and its visionary spirit. Designed by Christophe Tollemer, esteemed architect and Henry Jacques’ Artistic Director, the space is inspired by an 18th century French castle, gracefully blending the illustriousness of the past with modern-day elegance and charm.

Hadami Magtouf, Head of Retail at Galeries Lafayette Doha, added, “We pride ourselves on bringing the world’s best to Qatar, and Henry Jacques is one of our most valued partners. The esteemed Maison will now have an exclusive boutique in Qatar’s very own Parisian Department Store, and certainly elevate the Galeries Lafayette “French Art of Living” experience for our customers.