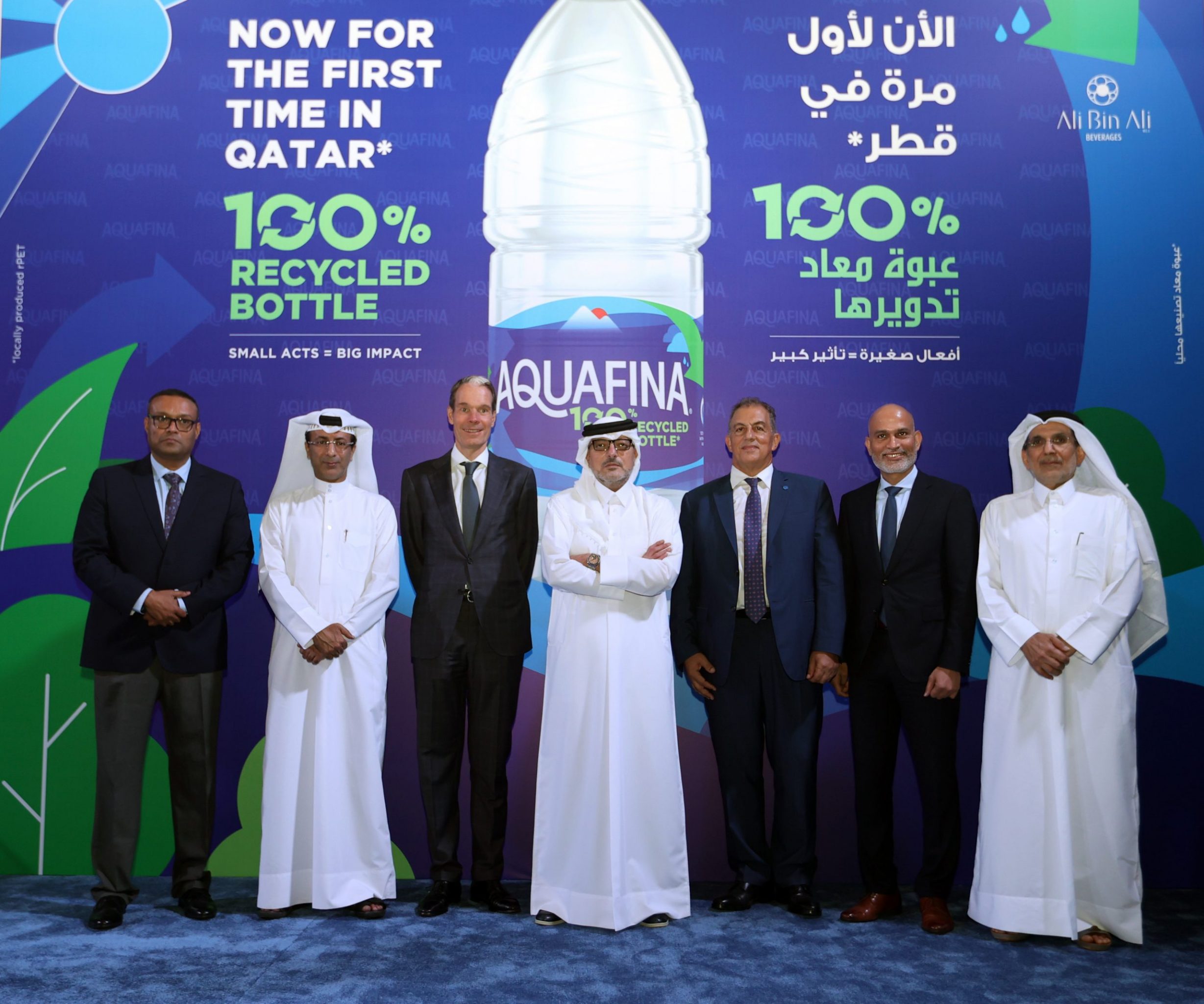 In an exclusive event launch on 27th October 2022, PepsiCo and Ali Bin Ali Beverages, with the support of the Government of the State of Qatar, launched the new Aquafina 100% recycled plastic bottles for the first time in Qatar and the Gulf Cooperation Council (GCC). The launch, held at the Ali Bin Ali Beverages production plant in Doha, Qatar, was graced by the attendance of Eng. Youssef Al Emadi representing the Minister of Commerce and Industry, and Eng. Hussain Saad Al Kubaisi representing the Minister of Environment and Climate Change.

Special attendance was made by the Vice Chairman and Executive Vice President of Ali Bin Ali Holding, Mr. Nabeel Ali Bin Ali; CEO Africa, Middle East and South Asia at PepsiCo, Mr. Eugene Willemsen; and PepsiCo CEO for the Middle East, Mr. Aamer Sheikh. In addition, other key personnel from PepsiCo and Ali Bin Ali Beverages, as well as other stakeholders from across the region including the media, attended the event.

The launch of the Aquafina 100% recycled bottles came at a momentous time when PepsiCo. and Ali Bin Ali Holding were marking their 60th anniversary of partnership.

In an interview session with the media, Mr. Sheikh pointed that PepsiCo’s vision aims to make the world a place where packaging never becomes a waste. “To achieve its vision, last year, PepsiCo launched pep+ (PepsiCo Positive) a strategic end-to-end transformation that puts sustainability and human capital at the center of how the company creates value and growth by operating within planetary boundaries and inspiring positive change for planet and people,” he stated.

The launch is also an important milestone that sees the private sector contribute to Qatar’s Vision 2030 and the UN Sustainable Development Goals of a sustainable and greener planet. In his speech, the General Manager of Ali Bin Ali Beverages, Mr. Marc Karam, pointed that, “Anything we do to protect our environment is a move towards a more sustainable model, thereby contributing to the Qatar 2030 Vision which is all about sustainability, recyclability, living a better life in our footprint, whether its carbon footprint, plastic, and so forth. This is only a small step with big impact; there are so many other things that we can do more in terms of sustainability. But for us as a leading industry, it is important that we contribute to a more sustainable future in our own field. In fact, we reuse, recycle, and we reduce, that’s how we do it.”

At the end of the meeting, guests were invited to a plant tour where they saw the first run of the product, ahead of the in-market launch. The launch is also a key move in addressing one of the challenges affecting humanity today – environmental degradation. Through it, the brand embraces greener means of manufacturing its products thereby acting on climate change.

The new packaging will launch with the 330ml and 500ml Aquafina bottles.